It has been approximately two months since Harbor launched on Mainnet. The protocol has seen impressive growth in terms of its TVL and the CMST that has been minted. The team has constantly been analyzing the various growth metrics and has considered all user feedback to arrive at three points that need to be discussed below.

Reduction in Stability Fees and Removal of Closing fees

The protocol currently charges three kinds of fees on CMST minted from the vaults, which are presently the Drawdown fee, Stability fee and Closing fee.

Any user who mints CMST from the vault will now be charged only a small drawdown fee and the new reduced stability fee. The protocol would like to attract more users to deposit their collateral and mint CMST using vaults.

Currently, the minimum mint amount for any vault is $100. Initially, the protocol wanted to keep this number at a reasonable amount to prevent many vaults being created of small value, say $1 or $10, and to minimize their impact on the auctions in case of liquidations.

With the auctions running smoothly over the last two months of launch and considering the community feedback, we would like to reduce the minimum Mint amount from $100 to $50 on all vaults. This number would be further reduced over time as the protocol matures.

The protocol has seen an overwhelming response from users participating in the auctions. However, users have had to wait nearly three hours to get the collateral at a discounted price. Also, if the market price of the collateral kept falling, a user would have had to wait for a longer time before he placed his bid to get it at a discount. This could also lead to a scenario where the protocol starts accruing bad debt as the protocol was not able to recover the CMST debt. Considering the above points, we propose changing the auction parameters to decrease the price of the auctioned asset faster.

A change in the above parameters will make the price of the auctioned asset fall faster compared to the current one, enabling users to bid on it more quickly.

When implemented, the above changes will benefit the users as they can now mint CMST at minimal fees and bid in the auction to get the discounted collateral quicker. We would appreciate it if the community shared their thoughts on the above proposal.

Good to see that you guys analyse what is happening with Harbor, listen to the community and convert it into a plan how to change for the better 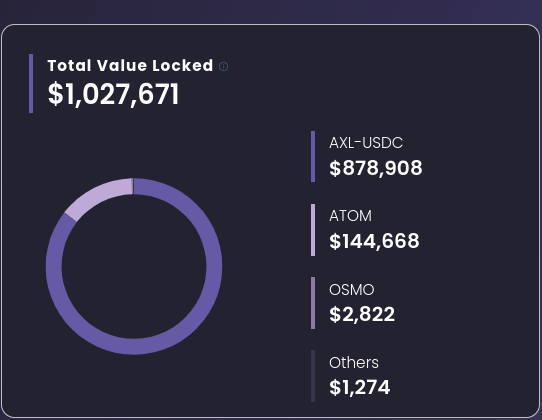